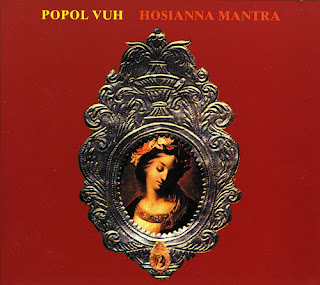 "In 1972 Fricke converted to both Christianity and Hinduism, and decided to move even further away from electronic instruments, preferring the most humble acoustic instruments over high-tech devices. A new line-up, centered around the angelic wails of Korean soprano Djong Yun, recorded Hosianna Mantra (Pilz, january 1973) in a Buddhist meditative tone, showing a solemn and elegant way to bridge the Western mass and Eastern meditation. Fricke on keyboards, Amon Duul II's guitarist Conny Veit, Between's Robert Eliscu on oboe, Fritz Sonnleitner on violino, Klaus Wiese on tambouras build up ascetic atmospheres that catapult the listener into Tibetan or Gregorian monasteries. Most of the interplay is between the piano (tenderly caressed by Fricke) and the guitar (whose phrasing simulates the Indian mantras). The other instruments add evocative power to the music, rarely altering the flow, in a manner similar to renaissance music. The key difference between this music and classical or rock music is the repudiation of rhythm: Tangerine Dream was removing rhythm (i.e., Time) from its cosmic soundpainting, and Popol Vuh removed rhythm (i.e., Time) from its spiritual soundpainting." 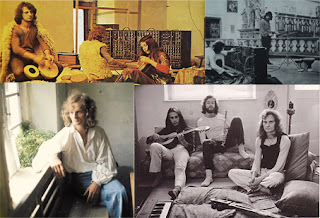 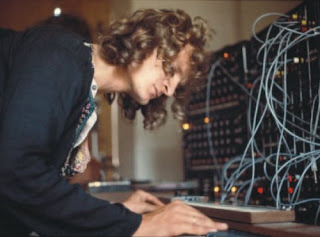