TINDERSTICKS - The Something Rain (2012, Constellation) 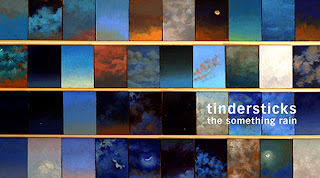 "Since signing to Constellation and introducing a revamped lineup with 2008's The Hungry Saw and 2010's Falling Down a Mountain, Tindersticks have gradually drifted away from the string-swept epics that defined their astounding first three albums and the studious soul tones that defined the next three; by loosening up their performances, amplifying their psychedelic side, and projecting a greater degree of playfulness, they've practically become the world's most dignified jam band...It may have taken them two albums to find their proper footing with their new line-up but, with The Something Rain, Tindersticks provide a wholly convincing reminder that they are, by definition, an incendiary device."