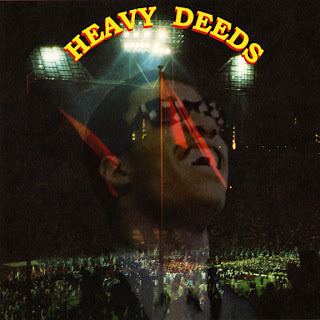 Music and review from "The Loudness Button" :
http://theloudnessbutton.blogspot.com/2010/02/sun-araw-heavy-deeds-2009-on-not-not.html

"Sun Araw is pretty hip right now, Heavy Deeds made it onto a surprising number of “Best of 2009” lists (mine included). Sun Araw is one of the most original/innovative artists I’ve heard as of late. I’m probably overstating things, as his music is arrestingly simple, but that’s the beauty of it.

Sun Araw is the solo project of Long Beach musician Cameron Stallones, who plays guitar for Magic Lantern. What draws me Sun Araw is this overwhelming sense of humidity to the music. I’m not one to use meteorological terms when it comes to describing music, but if you give it a listen I’m fairly certain that “humid” is as close to hitting the nail on the head as it comes. You can try to break the music down to its components: the gnarly guitars, the commanding, perpetual bass, the never-ending organs, the trippy vocals, but in actuality what you have is fairly simple; funk music.

This isn’t a modern update of the funk of the 70s. What Stallones has captured on Heavy Deeds is like a faded polaroid; a personal, nostalgic memory of an essence. Everything is oversaturated, and bleeds into everything else. The vocals are so drenched in effects, you’d be lucky to make out a single line of words per song. But that doesn’t matter in the least, as their emotion is clear as day.

A certain amount of patience is required with these songs, you have to let them consume you. It’s pretty easy to let that happen with the thick bass. This is my rip of the CD, which features a bonus track that was originally the Sun Araw side of a 12" split. It doesn't really fit with the album, it actually does a great job at disrupting the flow. I just couldn't exclude it however. The CD is limited to 500 copies, the LP to 600 copies." 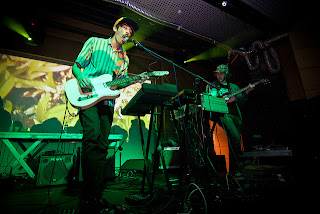