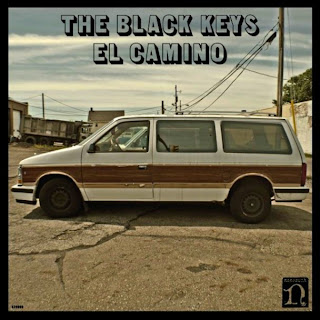 "El Camino is the seventh studio album by American rock band The Black Keys. It was co-produced by Danger Mouse and the band, and was released on December 6, 2011 on Nonesuch Records.[3] The album was recorded in Nashville, Tennessee at Easy Eye Sound Studio, which was opened in 2010 by guitarist Dan Auerbach. The record draws from popular genres of the 1950s–1970s, such as rock and roll, glam rock, rockabilly, surf rock, and soul. The band cited several retro acts as musical influences, including The Clash, The Cramps, T. Rex, Ramones, The Beatles, Sweet, The Cars, and Johnny Burnette. Based on the difficulty the group had performing some of the slower songs from their previous album Brothers live, it conceived more uptempo tracks for El Camino. Danger Mouse contributed as a co-writer on each of the 11 songs."